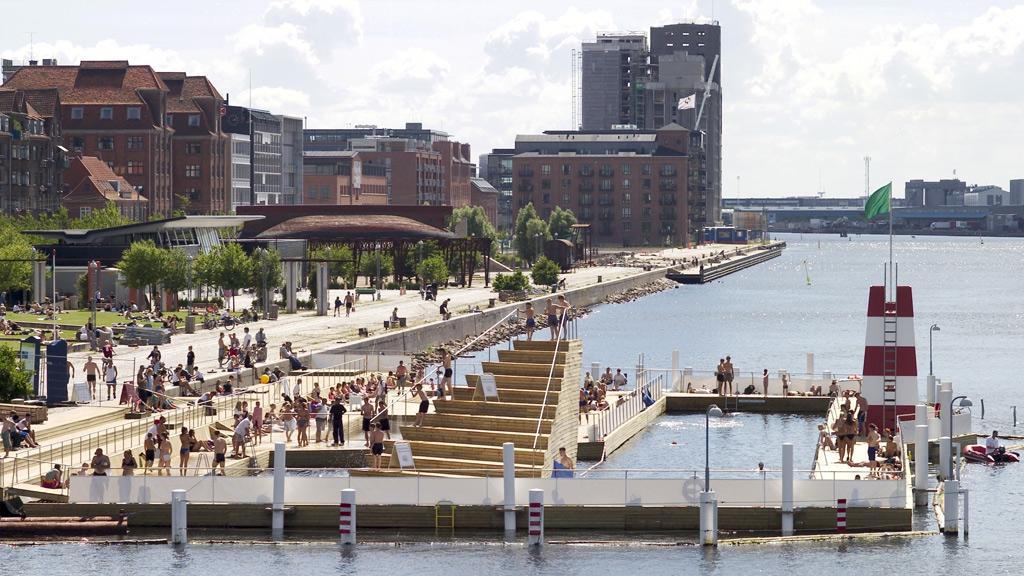 Copenhagen is famous for its high rates of cycling commuters (close to 40%) but Copenhagen is more than jusr people in suits on bikes. The green credentials are world class. Copenhagen ranked number one in Europe on the Siemens Greenest City Index and number one in Smart Environment. Copenhagen has a bold target of becoming the first major capital city to achieve carbon neutrality by 2025. The city generally scored well across all components of a Smart City, but also took home first place in the Smart People category due to its strong human capital ranking in the Citigroup/Economist Intelligence Unit Global City Hotspots report.

Siemens index Top European Green city and designated European Green Capital by the European Commission, Copenhagen is the most ambitious of the big cities in reducing CO2 emissions. To achieve carbon neutrality by 2025 it aims to copy it to become a large-scale demonstrator of the smart city. What attract Cisco. The American specialist telecoms signed a partnership agreement with the municipality to deploy its Internet of Things as part of climate plan of the city. But also to develop services to residents. What’s interesting about Copenhagen is its very focused on the quality of services to citizens, very advanced in terms of connectivity and dematerialization approach.

The platform intelligent traffic Cisco puts up with Citelum, Silver Spring and Leapcraft, designer of big data, combines climate and humans. A wireless mesh network has been deployed to the city to geotag anonymously all terminals connected to the Internet. At stake, a real-time control of all trades, with historical data, studies and simulations to improve the mobility of people and reduce the associated CO2 emissions. The goal is to go further with, upon request, provide services to people by sending by the municipality or other players targeted information according to its location.

Adoption Of 5G Networks For Smart Cities to Boost Growth

I've been in USA for 6 weeks and spent time in Texas, Florida, Maine, New York, DC, Maryland, and Hawaii.

I can confirm that the level of Covid hysteria is infinitely higher in blue states/cities. They're living in an alternate 'reality'.