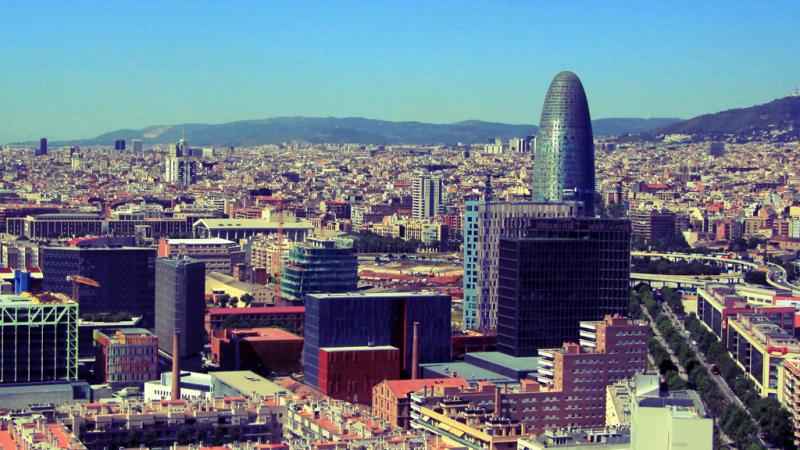 Barcelona is among Europe’s top Smart Cities. Global consultancy IDC has been conducting rankings of smart cities in Spain for the past two years, and Barcelona scored highest in Spain in their most recent ranking. Barcelona is doing so many things well that it is hard to highlight only a few: municipality leadership, innovation, and green initiatives like requiring solar hot water on larger buildings–not to mention its pilot of EV technology that led to the installation of over 200 charging stations in the city as well as designated parking spaces for EVs.

But overall it is the city’s governance that stands out. It has the second highest volume of open-data sets (over 500) of the finalists, and city leaders are not only seeking to transform Barcelona into a leading European smart city, but also to provide leadership to aspiring smart cities around the globe. Aside from hosting arguably the premier smart cities annual conference, Barcelona also initiated the City Protocol, which aims to create a common language amongst technology providers, cities, and their stakeholders.

Barcelona has one mission: to become a benchmark in smart city. With a clear vision of the future: neighborhoods size and speed in a human ultraconnectée metropolis. The city sees itself as an urban laboratory, with a place of dedicated experimentation, the 22 @ district. This “Districte of Innovació” is a huge project for the regeneration of an industrial area of ​​Poblenou, launched in 2000, Universities, R & D centers, start-ups and industry to congregate in clusters. Schneider and Cisco will install a center of innovation in the historic building AC Alier. It is however on the whole territory as exuberant Catalan capital has implemented dozens of pilot projects and actions in different areas: connectivity, energy, water, waste, mobility …

A real golf game type size for manufacturers. “Barcelona are used as a golf development and experimentation,” says Thierry Malet, director of innovation Suez Environnement. With on-site, with its subsidiary Aguas de Barcelona, ​​a center of R & D, Suez has developed there as early as 2006, a control solution of bathing water. Temperature and water quality, state of the sea … and the presence of jellyfish are accessible on smartphones. It is also in Barcelona that the French deployed its new solution for intelligent management of water distribution networks in early 2014 Flow, turbidity or water velocity are measured and analyzed on 4,600 kilometers of pipelines. At stake, a better visualization of the network and early anomaly detection for optimal management.

Schneider Electric is also very active in Barcelona, ​​since the purchase of Spanish Telvent in 2011 and that of Invensys. The French group has set up a system of smart irrigation in parks and deploys a control system (noise, pollution, traffic …) related to urban sites. For its part, Cisco has been working on the connectivity of vehicles of city officials. An embedded router allows to cling to different networks available to receive targeted information and provide feedback from sensors, embedded also developed by Urbiotica spin-off of the Polytechnic University of Catalonia.

These sensors are also involved in the detection of the occupation fifty paid parking in the 22 @ district. This is coupled to a server in the cloud and a smartphone application, experienced from motorists in 2013 this system was also tested with the coaches, who have to wait after having vented their flow of tourists to the Sagrada Familia. Ally to German automaticien Moba Urbiotica installed in Barcelona level sensors on forty waste bins to optimize collection rounds. A prototype qu’Urbiotica fully intends to export. That the startup has already succeeded with intelligent parking. After the Catalan rider, Urbiotica provided in partnership with the French engineering company Mentis, a comprehensive solution for mobility support in Miami with 8000 seats should be equipped by the end of the year.

The value of these projects for us is to better understand the needs of different departments of the city and the architecture of their systems. With its strategy, asserted in 2012, removing the barriers between silos made by the various departments of the city, with a unified platform of sensors and actuators, Barcelona is an ideal observatory. But also an attractive market. The city has launched a process of “competitive dialogue” to define and build its operating system, “City OS”. Schneider participates with Capgemini, Cofely Ineo with Sinovia, IBM, Accenture … are in the running. The city wants to move to large-scale deployments for real impact of smart solutions. No doubt, the smart industrial city, Barcelona is a must.

The Promise of Smart Lighting in Cities #Camera #cameras #smartcities via http://twinybots.ch https://blog.451alliance.com/lights-cameras-actionable-insight-the-promise-of-smart-lighting-in-cities/?utm_source=twitter&utm_medium=social

This Thursday, May 26th join us virtually at 1:30pm ET to learn how the #AffordableConnectivityProgram can help you and your clients get monthly access to internet at very low or even no cost! #ACP #broadband #DigitalDivide

We have a decade-long commitment to #digitalequity. That’s why we’re proud to participate in the federal government’s Affordable Connectivity Program, to connect more people in need. Here’s how we’re working to close the #digitaldivide. #IWorkForComcast https://comca.st/3MNlrQY