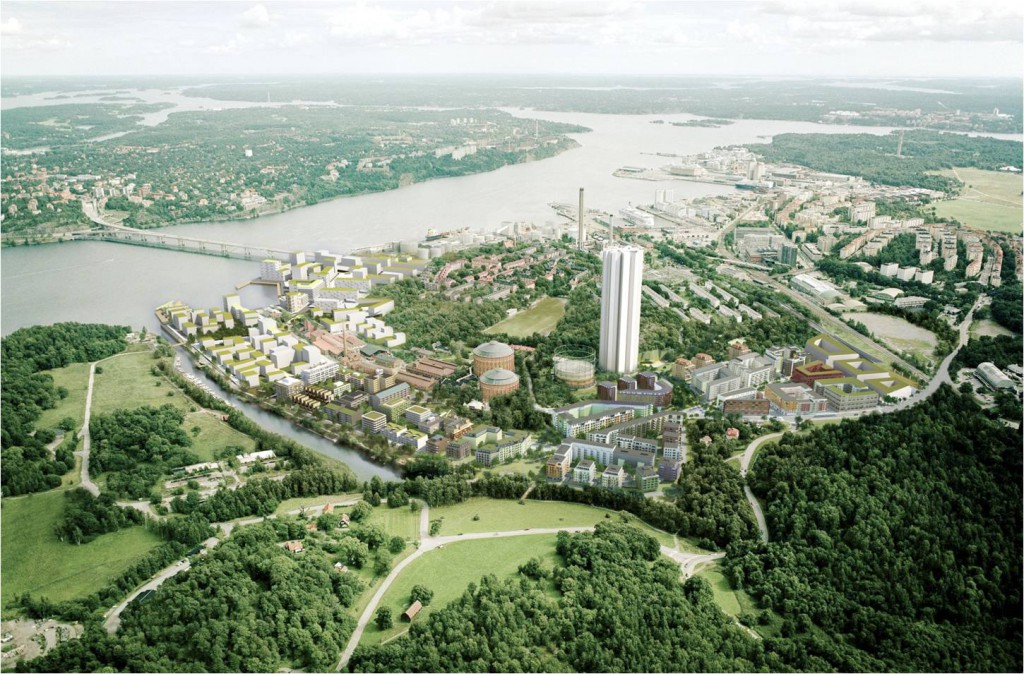 Stockholm has strong green credentials, ranking number two in Europe on the Siemens index and also aspiring to achieve carbon neutrality by 2050. When the Brookings Institute conducted research on the 200 largest metropolitan economies around the globe, Stockholm was one of four cities from North America and Europe to make the top 40 strongest economies.

The City of Stockholm has been appointed to lead the European prestige project “Grow Smarter”. It is about how cities using smart technology solutions, can create more jobs and grow, while becoming more energy efficient, easily accessible andattractive to residents. The European Commission provides € 25 million.

The goal of the project is to reduce energy consumption and emissions from transport by 60 percent in the selected areas while creating growth and new jobs. One of Stockholm’s major challenges is how the city will reach the climate targets in the transport sector. Another is the city’s buildings from the 60s and 70s who are in dire need of renovation and energy efficiency. It is estimated that 200 million Europeans live in similar homes with extensive renovation needs. These are challenges that Stockholm parts with many cities around Europe.

Grow Smarter involves eight European cities and a number of technology companies. Stockholm, Barcelona and Cologne is the project’s so-called lighthousecities which means that they will have demonstration areas. The project also has 5 follower cities that will learn from the lighthouse cities.

Stockholm has long focuses on sustainable development. In its train station, for example, a recovery system heat from travelers to heat nearby offices was deployed in 2011 The idea of two engineers from a local real estate company. But the Swedish capital experimenting especially environmentally smart city in his new area of ​​236 hectares of Royal seaport. The Swedish telecom equipment maker Ericsson are working on the smart grid and energy consumption of households. Its first pilot project has just ended. It allowed to experience with ABB solution switches to real time in a substation to another in case of failure, via the public network 4G. In a second pilot project, the equipment incorporates “machine to machine” solutions to manage the power consumption of households (consumption peaks, price …) with a dedicated housing.

The Stockholm royal seaport also provides a hub pneumatic waste collection sorted designed by a Swedish another Envac. The people throw their waste in suitable container. The tanks connected to air supply with the same container are emptied at the same time. Waste is pumped into the same circuit. Envac analyzes data on the amount of waste sorted, and habits of the people in this area.

Effects of Radio Frequency Radiation (RFR) and Microwave Radiation (MR) which are used 2, 3, 4 and 5G wireless technology and to create "Smart" Grids in our Cities and Towns https://www.momsacrossamerica.com/rfr_studies #Miami #SouthFL #Orlando #Tallahassee #Gainesville

Thanks for the spotlight @CriemCirm ! Can't wait to explore and discuss new visions of what smart cities could be, based on a very thoughful book! https://twitter.com/CriemCirm/status/1320409904310607872

Join me virtually on October 28 at one of Ecuador's top universities for my masterclass in smart cities.