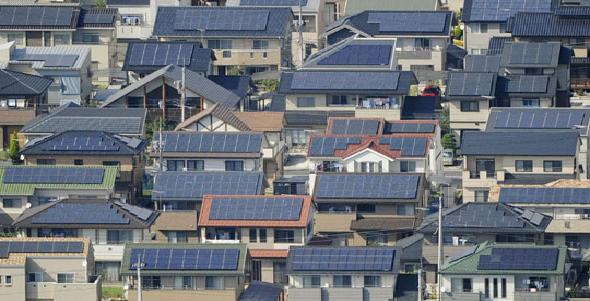 The city of Yokohama, just southwest of Tokyo, is the site of a social and infrastructure experiment to create a smart city for the rest of the world to emulate. The Yokohama Smart City Project is a five-year pilot program with a consortium of seven Japanese companies – Nissan Motor Co., Panasonic Corp., Toshiba Corp., Tokyo Electric Power Co., Tokyo Gas Co., Accenture’s Japan unit and Meidensha Corp.

The Yokohama Smart City Project (YSCP) is an effort to develop a model for smart cities by means of cooperation between citizens, private companies, and the municipality, and to export the successful model to Japan and the rest of the world. Large-scale operational experiments are being held with Yokohama, a large, advanced city with a diverse topographical range of districts, as the stage. The hierarchical bundling of energy management systems (EMS) enables energy management at the level of individual EMS and demand-side management at the level of the overall system.

Smart community management via a CEMS at an existent district with EV and PV integration:

Hiachi EV EMS is a Eco Charging Station by developing battery and its control technology in demand-side including EV, EV charger, battery in charging station and solar power system. The optimization of the demand response scheme is currently underway on 1,900 prosumers using two systems, a “rates menu” (time-of-use and critical peak pricing) and an “incentives menu” (peak time rebates) to identify the ideal energy conservation mechanism.

Schools are making good progress on addressing the #digitaldivide. An equally challenging problem is addressing the digital use divide as it involves system changes in classroom and school cultures. http://bit.ly/2Isenec #edchat #education #teachers